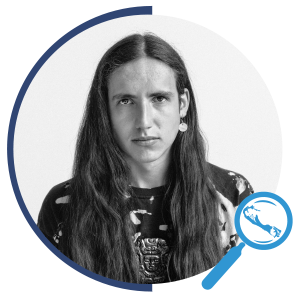 Xiuhtezcatl Martinez is an advocate, leader, activist and hip hop artist. He has been on the frontlines of the climate and environmental movement since the young age of 6. Recently named TIMES Next 100, Xiuhtezcatl has felt called to change the narrative on what it means to be an activist from an early age. Still a teenage, X has spoken multiple times at the UN, addressing the General Assembly and spoken on panels with the likes of Bernie Sanders, Van Jones, Shailene Woodley, Bill Mckibbens and Pharrel Williams.

Xiuhtezcatl has been a guest on the Daily Show with Trevor Noah & Real Time with Bill Maher. He has also been featured multiple times on PBS, Showtime, National Geographic, Rolling Stone, Upworthy, The Guardian, Vogue, Nickelodeon, Comedy Central, CNN, MSNBC, HBO, Netflix, VICE, as well as photographed by Annie Leibovitz.

Xiuhtezcatl has a unique talent for connecting people through popular culture and sharing the message of his indigenous roots to better serve the planet and reimagine the future for his generation.