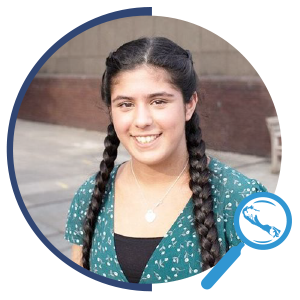 Scarlett Westbrook is a British climate justice activist and journalist. She is noted for her work in climate and education policy, and was the youngest regular policy writer in Parliamentary history. She is a spokesperson and coordinator with the UK Student Climate Network, head of political engagement at Teach the Future, a prominent figure in the Fridays for Future movement, and a spokesperson for Labour for a Green New Deal.

Scarlett is the youngest person in the world to obtain an A Level in Government and Politics, which she self-taught in 2018, aged 13. She rose to prominence for journalism discussing Brexit and youth political engagement, beginning in December 2018 with an article that tackled the underrepresentation of youth in UK politics.

In July 2020, Westbrook spoke at the Children’s Media Conference and was named as one of Greenpeace’s 30 Under 30 climate activists and on September 23rd 2020 she won the Institute for Public Policy Research ‘Big Ideas’ policy event. She went on to be the youngest person ever longlisted for the Merky Books writing prize in December 2020, and in February 2021 she became the youngest ever recipient of the Women of the Future Young Star award. In November 2020 she was named as one of Forbes Top 100 UK Environmentalists.

In 2021, Westbrook received the prestigious Diana Award for her journalism and environmental activism and was named ‘one of the UK’s most high profile youth activists’ by Sky.